Hilarious interactive musical comedy is improvised on the spot when LMAO Off Broadway by EIGHT IS NEVER ENOUGH Improv takes the stage. No two shows are ever the same. Based on your suggestions the cast creates original comedy skits and songs, sometimes with the help of audience volunteers. Hosted by Walt Frasier (Letterman, MTV, Friends of the People) with top NYC talent. COME BE A PART OF THE SHOW!!!
$25 plus 2 drink minimum
CLICK HERE for $5 tickets exclusively from nycomedytickets.com

60-minute workshop is a rare treat during the summer for kids & teens. New York Improv Theater will have two teachers on hand in case the workshop over sells and will split up by age groups. Register for the workshop and get TWO free tickets to the 3pm show.
$30 at the Door  $20 Online in Advanced

Register NOW for Fall Classes for
Adults, Teens, and Kids.

This Family Friendly Matinee from the cast of EIGHT IS NEVER ENOUGH is created on the spot based on audience suggestions and participation. Hosted by Walt Frasier (Letterman, MTV, Friends of the People) with top NYC talent.
$25 plus 1 drink minimum
CLICK HERE for $5 tickets

After work or Before a Broadway Show, come to the Broadway Comedy Club for Happy hour and a show. Drink Specials, Long-Form Improv, Stand-Up Comedy and guest musical acts.
$25 plus 1 drink minimum
CLICK HERE for $5 tickets

Interested in classes, private instruction, discount tickets, private events, group sales? Fill out the form below and we will be in touch ASAP 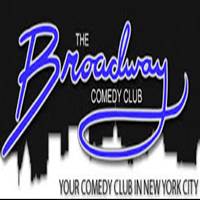