Cory Kahaney is an award winning stand up comic who was a grand finalist on Last Comic Standing. She’s made appearances on The Late Show with David Letterman, The Late, Late Show with Craig Ferguson, The View, Comedy Central and HBO. Cory’s act is autobiographical, culled from a variety parts she plays in life such as wife, ex-wife, daughter, daughter-in-law, mother, mother-in-law and her upcoming role as (gasp), grandmother! 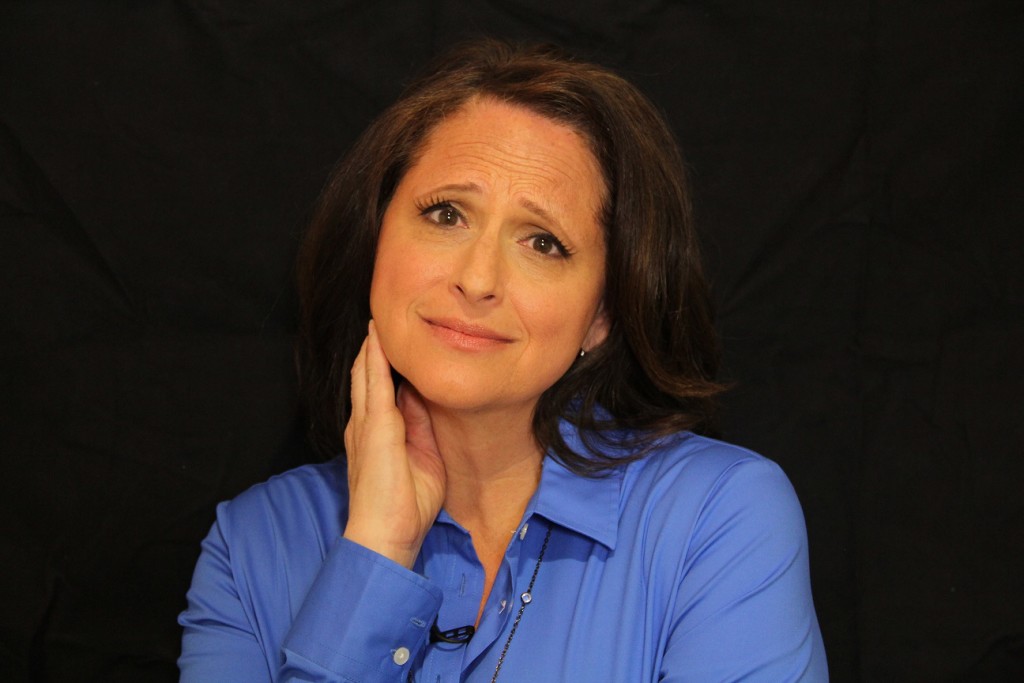 Cory is every woman. Mother, daughter, wife…ex-wife. This year, she appeared on The ate Show with David Letterman,made her Fifth appearance on The Late Late Show with Craig Ferguson and a new TV special for Nick Mom.

Cory appeared in the first season of NBC’s Last Comic Standing and made it to the finale, where host Jay Mohr called her performance “flawless.” Other television credits include Comedy Central Presents: Cory Kahaney, The View, and many episodes of Politically Incorrect with Bill Maher.

Her off-Broadway hit “The J.A.P. Show” ran for six months in New York City and continues to tour the country, re-named “The Princesses of Comedy”

Cory conceived and developed “The Radio Ritas,” a nationally syndicated radio show for Greenstone Media, a company created by Gloria Steinem and Jane Fonda to provide radio programming for woman.

Her one-person show, “Having it all and other Myths,” premiered at the 1999 US Comedy Arts Festival in Aspen. “Having it all and other Myths” was subsequently produced as a half-hour special for HBO, leading to development deals with Warner Brothers and CBS. Cory has also been featured three times at the Just For Laughs Festival in Montreal. She was voted best comedian in NYC by Backstage Magazine and Best female comedian by the Manhattan Association of Cabarets.

“The funniest moment of the evening was the spontaneous comic relief provided by Courtney Love in a pointed exchange with comedian Cory Kahaney!” Style Section, NY Times